Our company "Burgas Taxi Transfer" offers you a taxi transfer services to and from Sunny beach in all areas of Bulgaria, as well as to Greece, Turkey and Romania.

Our professional drivers will meet you at the pick up point in Sunny beach and take you to the airport quickly and safely. 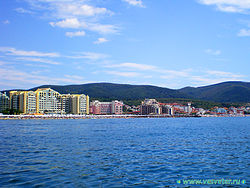